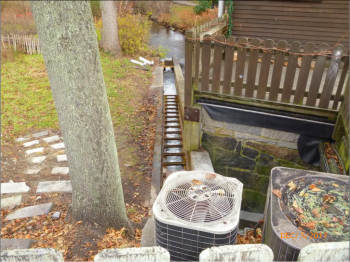 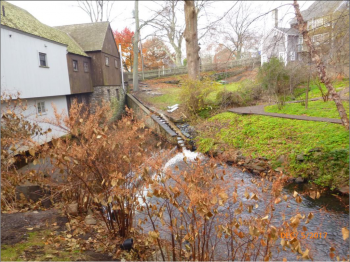 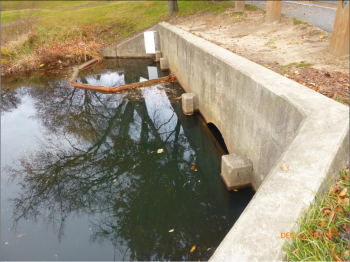 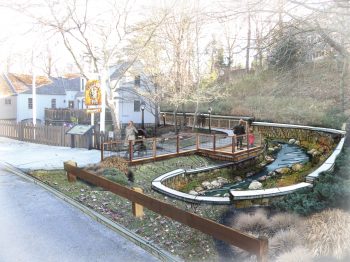 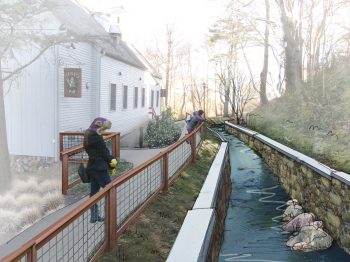 This project was funded in FY2020 through National Fish Habitat Action Plan and NOAA GARFO funding.

The Town of Plymouth will be using these funds for the design and permitting of the Jenney Grist Mill nature-like fishway bypass on Town Brook. By installing a 400-foot nature-like fishway bypass, unobstructed passage to 1.67 miles of riverine habitat and 269 acres of pond spawning habitat will be ensured. Currently, passage of alewife, blueback herring, and American eel is restricted by a narrow steeppass fish ladder and culvert. During the height of the annual run, there is a backup of migrating river herring below the dam and fish ladder of upwards of 12,500 fish, which lasts for weeks. Overcrowding at the base of the ladder undoubtedly influences the migration of these fish and is hypothesized to cause a portion of the migrating population to abandon their run. Fish queuing below the ladder are expending energy for days vying for leeway to make the ascent. Increased water velocities in the ladder combined with the energy already expended to oppose the current puts river herring at a significant disadvantage should they complete the ascent. This work will improve the flow velocity and make it easier for fish to pass the dam.

Town Brook is the source of freshwater that prompted Pilgrims to settle in Plymouth. The first settlement was along the banks of the brook in what is now known as Brewster Gardens. The brook later sustained the early settlement through difficult times. The local Plymouth Native Americans taught the settlers how to fish for herring and to use them as fertilizer for their corn crops. Town Brook’s well-known historical significance would be bolstered by this project, as it is the final restoration that would restore Town Brook to its natural state; all of which will be accessible to the public.

The live fish camera can be viewed here.

Text and photos provided by the Town of Plymouth Department of Environmental Affairs.